He vaulted onto the back of the motorbike quickly kicking it into gear and tearing off. Behind him echoed the angry shouts of the security guard and he watched his quarry escape. Suddenly he swerved only just avoiding the police car that had pulled out in front of him. His grin of triumph faded and he focused on the road ahead turning down an alley to emerge onto another road.

END_OF_DOCUMENT_TOKEN_TO_BE_REPLACED

When you’re screaming and no one can hear you. When you’re hurt and no one can help you. What can you do but go on living alone? You do everything you can to hold on to who you, to what you are but even as you do so you feel that little bit of humanity begin to slip away.

There are days when I feel the weight of my destiny crushing me; when I feel as if I’m going to collapse underneath it. Yet somehow I find the strength to keep going to struggle back to my feet and stand again against the changing flow. I’m always here, I’ve always been here and I’ll always be here. I am what you would call a fact and yet I don’t fit your definition.

END_OF_DOCUMENT_TOKEN_TO_BE_REPLACED

As dusk settled over the port the cohort’s commander peered down the cliff towards the river. He froze at the sight before him, in terror. There on the opposite bank, was the enemy contingent they’d been tracking but it seemed they’d merged with the main army. Before him was a sprawled mass that would be the work of legions to destroy, not a single cohort. His eyes narrowed as he scanned the camp for any sign of the prisoners they were so determined to rescue they had tracked the enemy this far. With one last scan of the sight before him, he turned and scrambled back down to his men.

Inspired by the first line of ‘Centurion’ by Simon Scarrow.

Written for today’s daily prompt: Call Me Ishmael this is my first post of the new year.

She flew high above the city with her wings stretched out. The wind whistled over her feathers and she snapped her wings in tight. She plummeted through the air before she snapped them back out and soared back up into the air. Today wasn’t about getting anywhere but about having fun in the air and enjoying the gift of her wings.

She was halfway through a barrel roll when he arrived, diving at her from above. Somehow he managed to get his wings to beat in time with hers as she pulled out of the roll. He grinned at her and she glared back at him. “What do you want Thomas?” she demanded not really angry but more annoyed that he had disturbed her.

END_OF_DOCUMENT_TOKEN_TO_BE_REPLACED

The man stopped turning to see a woman perched on a wall playing a flute. The music was astoundingly good and so he cautiously approached. A ring of people already surrounded her and so he stood a little way off just watching. A small smile graced his lips as he moved close enough to toss a couple of dollar bills into the case before backing away again.

END_OF_DOCUMENT_TOKEN_TO_BE_REPLACED

Last time: The leader looked at me curiously before he extended a hand and asked, “Would you like to see our real one?” I hesitated before taking the hand with a nod and letting him lead me away from the building. We walked along a track that took us down into a hidden valley and then I could see a mass of tents sprawled out before me. There stood only one permanent building which appeared to be a stable. The leader released my hand and moved his arm to rest in companionship across my shoulders. As we neared the tents people looked up and started as they saw me their eyes darting curiously to the man at my side.

“Who is he?” they whispered amongst themselves. I resisted the urge to stop and reply instead letting myself be led deeper into the maze of tents. Eventually we stopped and I looked around searching for a reason why. We were in a circular clearing which I had seen from above as we entered the valley. I knew then that we were in the middle of the tents and I stood taller waiting for what was to come.

END_OF_DOCUMENT_TOKEN_TO_BE_REPLACED

I was walking back down the mountain when it happened, the raid. I instinctively dropped the pack on my back to face the threat. Who am I you wonder? I am the man who changes his personality depending on who is near him. I am the man who nobody every truly knows no matter how long they spend with me. That is until this trip and this disaster.

END_OF_DOCUMENT_TOKEN_TO_BE_REPLACED 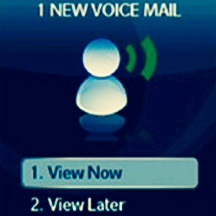 In response to today’s daily prompt Bad Signal here is the tale of a girl called Ellie. She tells of a time she received a voicemail she couldn’t fully hear and the story that then unfolded.

I picked up my phone as I headed for the door checking it quickly for any messages. I saw a voicemail and his play. It was hard to decipher but I did catch a few words, “I’m sorry. I should’ve told you months ago. Goodbye.” My heart hammered in my chest at the words. I played it again trying to hear more, to find out what he was apologising for. Those words sounded so final.

END_OF_DOCUMENT_TOKEN_TO_BE_REPLACED 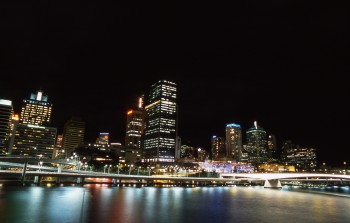 Trio No. 3 is today’s daily prompt. It asks for an any genre piece that mentions: a dark night, your fridge and tears. This is my response, a short piece about those people who fear the dark.